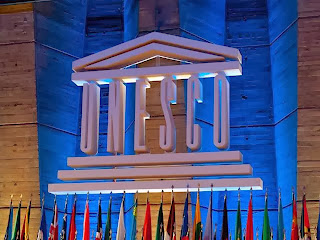 As representatives of member countries of United Nations Educational, Scientific and Cultural Organisation (UNESCO) returned home after the the just concluded 37th Session General Conference in France, Africa will, in the next four years, treat a wound of missing a slot in the World Heritage Committee of the global body.
Africa’s representative countries that vied and lost in the 12 seats committee included Angola, Burkina Faso, Kenya, Mauritania, Tanzania and Zambia.
After 173 cast their votes in the 190 member states - 17 State Parties elected were neutral - Turkey polled the highest with 121 votes, Angola got the lowest at 37 votes. Other countries elected to the Committee are Croatia, Finland, Jamaica, Kazakhstan, Republic of Korea, Lebanon, Peru, Philippines, Poland, Portugal and Vietnam.
The World Heritage Committee is one of the most influential and important organs of UNESCO; it has the powers to consider matters of World Heritage.
Eligibility for State Party members include a strength of 50 +1 percent of the votes in order to pull through. But Europe got 6 out of the 11 seats, Asia got 3 seats, the Middle East with 1, Caribbean Islands 1 and South America 1.
at November 25, 2013