Organised  by Sculptors Association of Nigeria (ScAN) the exhibition's titled Elixir  showing from November 13-22, 2021 at National Museum, Onikqn, Lagos, and described as a palliative to a nation at crossroads also features wotks by artists from works from Zaria, Enugu, Abuja, Uyo, Abraka, Auchi, Benin, Ondo and  Lagos.

In a press preview statement, Dr Shola Kukoyi, Secretary of ScAN noted that at no time has the Nigerian nationhood been called to question as currently. "With rising agitations by non- state actors, suspiciously sponsored by variant political blocks on one hand and seeming brutal suppression by state actors on the other hand with, undercurrents of dubious foreign interests with eyes on material potentials of the country, urging ethnic discordant tunes amongst the masses." The group of sculptors which was established in March 2018, told seleect preview guests that  the needed voice of reason here now sounds like a bitter pill of with jagged edge prescribed for a nation at the table of partition. ScAN noted:  "Yet this pill of 'voice of reason' (dialogue), must prevail while at the same time addressing obvious catalysts of agitations and separatist agendas in form of injustices and imbalances in the political structure and administration of the nation. It is an elixir urgently needed to keep afloat the biggest black nation on planet earth."

The association, with the aim of creation, understanding, appreciation and study of sculpture in its uniqueness as a three- dimensional visual art with the objectives of providing- platforms for expanding public education on sculpture, is also promoting the practice of sculpture in the society through exhibitions, seminars, workshops conferences and journal publications. ScAN said it also planned to standardize the practice of sculpture and serve in synergy with government as custodians of culture and protect the interest of members. So far, the group  boasted that  no doubt it has lived up to its bidding. It has so far put together the under listed: a mini conference table, two virtual exhibitions of one in synergy with Rotary International, District 9142, Uyo, registration of the Association with Corporate Affairs Commission, inauguration of a distinguished Board of Trustees, conference at Obafemi Awolowo University, Ile- Ife and now a juried National Exhibition.

The association's first national exhibition planned for 2019 tagged “Now Sculpture” was vacated because of the Covid-19 pandemic that eventually led to a global lockdown. The elements of that exhibition coupled with present offering is what is presented as Elixir Works are drawn from artists all over the six geo- political spread of the nation.

"For this same reason and for the exigencies of presenting an aesthetic palliative to a nation at crossroads, a line of stylistic delineation or common technical presentation was not aimed at in selection of artists other than sound aesthetic quality." 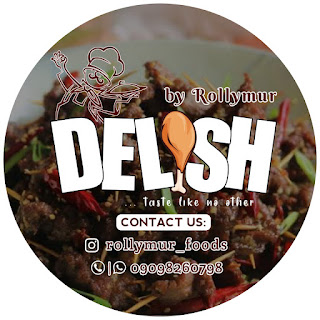