THE resilience of fine art, specifically, painting on canvas, keeps pulsating as four artists, regrouped on a fresh platform.

Olufemi Oyewole, Oluwafunke Oladimeji, Olajide Salako and Raji Mohamed are the artists whose group exhibition titled Fourtune opens tomorrow, Friday, April 10 at Mydrim Gallery, Ikoyi, Lagos. The artists’ Fourtune is a platform generated from the previous gatherings that featured quite many other diverse artists.

Either in brushstrokes or movements of piercing and slicing colours with the palette knife, the artists’ paintings suggest that the core value of art will never create a vacuum in Nigerian visual arts environment. From the departed to old, established and emerging masters of the canvas, the Nigerian art landscape has been replenished, constantly, with fresh artists. In the third decade of the 21st century Nigerian art space, the Fourtune artists are among the new energies of visual culture.

Streetscapes and figurative on the canvas of Oyewole come with poetic hues that expand assimilation of realism painting, even in a relativity of contemporary contents. His brushing of details in outdoor settings dramatize sceneries just as his style of capturing figures create radiance from the subjects.

Among his figurative paintings that could generate critical appreciation and discourse over representational impression are Second Base and In Doubt (acrylic on canvas, dated 2020, 2019 respectively, 40 x 40 inches).

Between the serenity of rural settings, innocence of the riverine communities and the aggressiveness of the urban landscapes, Oladimeji’s palette knife strokes find a balance of visual depth. An artist whose canvas emits lighting in subtle texture, mostly from the night, dawn or dusk scenes, her style in controlled illumination appears to be one of Oladimeji’s creative strength in application of colours.

Oladimeji’s visual narratives of two worlds apart in commerce and environmental assessment come in Ilu Oke (acrylic on canvas paper, dated 2020, 15 x 19 inches), Our Hustle (acrylic on textured canvas, dated 2020-21, 36 x 48 inches and The Spirit of Broad Street II, (acrylic on canvas paper, dated 2020, 19 x 15 inches). Although each of the paintings stands alone on its theme, the narrative of rural and urban behavioural patterns, subconsciously, brings them into one common space.

The artist’s technique in solidity of colours extends into her figurative paintings, so explains a strange kind of The Communion (acrylic on canvas, dated 2021, 36 x 30 inches). The three-figure painting of men in turbans asserts the artist’s lighting technique of hovering mystery over figurative subjects of secretive mission.

As the diversity of contemporary art keeps nearly every artist on the edge of vigilance, Salako is one of the artists whose smooth brush movements keep expanding the scope of figurative realism painting. And that all ten works he is showing at the Fourtune gathering are figurative realism asserts the artist’s unapologetic brushings in his choice of genre specialization..

From his hyperrealism in the Betrothed series, I and II (oil on canvas, dated 2020, 40 X 22 and 30 x 24 inches, respectively), Salako escalates the tradition of dramatic textures, which painting has over photography as regards portraiture. Salako’s Betrothed portraitures celebrate the Nigerian style of appropriated western female fashion, otherwise referred to as ‘Igbo blouse’, which is worn on top of wrapper, just as the depth of detailings are as striking as the elegance emitted.

In animated-like story telling, Salako’s The Goal Getters, each in acrylic on canvas analogously applies the physicality of strength in setting ambition and achieving aims. The first of the series in a foursome of men stresses the artist’s skills in composition and hues rendition.

Mohamed is no doubt one of the artists whose brushings on the hyperrealism space dazzles as some of his paintings for the Fourtune gathering assert the artist’s prowess. But in quite a number of pseudo-abstraction,  come some paintings that look like the artist’s fresh direction in creating diversity of concepts.

Matting of human faces that generates a near silhouette effect, in quite a number of the non-realism paintings of his, as seen, for example, in a triptych titled Girls Standing Tall (acrylic on paper, dated 2021, 11.5 x 16 inches) radiate mystery effect of abstraction. And in what he calls Eko series, titled Stuck IV, V (acrylic and spray paint on canvas, dated 2021, 36 x 36 inches each), Mohamed invokes the effect of high headroom as he sinks the matted figures almost below mid-level.

How did the Fourtune artists stray into the radar of Mydrim Gallery? “They have all participated in Mydrim Gallery's Generations – Future Masters exhibition series,” stated Sinmidele Adesanya Founder, Mydrim Gallery. “The series was initiated by master artist Abiodun Olaku who was concerned about the decline in standards of draughtsmanship and techniques of young artists.”

Adesanya noted how Olaku “wanted to correct this by identifying and promoting creative and focused artists with the potential to become future master artists.”

Excerpts from the curatorial note of Adesanya:

“The 'Fourtune Four' were among the selected artists and they participated in three editions of the exhibition. We recognized that they could no longer participate in other 'Future Masters' exhibitions as other artists had to be given the opportunity to showcase their works.

“Their works were really outstanding and so we proposed the idea of a joint exhibition. Unknown to the Gallery, we were already planning to do the same and referring to their group as 'We Four'. Agreements were reached and the exhibition 'Fourtune' was birthed. It has been a pleasure working with the 'Fourtune' artists in preparation for the show. The Gallery has had a really exciting journey with the artists across their different phases: Inception: when their paintings reflected they were trying to find their feet.

“Early Stage: when influences of various mentors reflected visibly in their paintings. Present Stage: where their paintings now convey the message that all four artists have discovered themselves. They are bold, confident and creative. Their paths defined, skills honed, works sought after, and all ready to conquer their world. Together with the Fourtunate Fourtune Foursome, we journey confidently to their next stage of impacting the next generation of young artists and global recognition and reward.”

-Tajudeen Sowole is a Lagos-based Art Advisor and Writer. 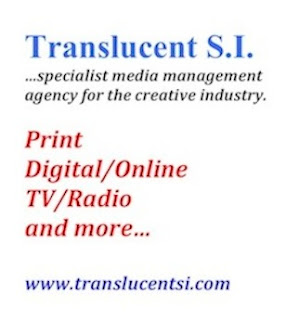