Sculptors might want to learn something from a Mozambican sculptor, Goncalo Mabunda whose work, made of discarded military metals are currently heading for a subject of legal battle in the U.S.


was seized at Philadelphia airport by US Bureau of Alcohol, Tobacco and Firearms (ATF) from a collector, Adam Solow who purchased the artwork for $8,200.


Strangely or rightly, the ATF, according to sources, won't return the art piece to Solow unless the work is registered under U.S firearms importation permit as well as a clause to dismantle the sculpture.

The collector refuses: "This is a piece of art, a cultural object," Solow said Thursday. "Unless I was MacGyver, I don't know how I'd be able to reconstitute all those pieces and make it into a working weapon. Solow and partner Alex Isbell, of Center City's Solow, Isbell, and Palladino, plan to file a lawsuit challenging the ATF's characterization of "War Throne" as a firearm and asking the government to return it intact, says a report from Phillly.com. 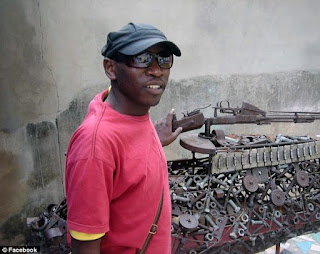 However, the sculptor appears like a trouble maker. See his kind of works: 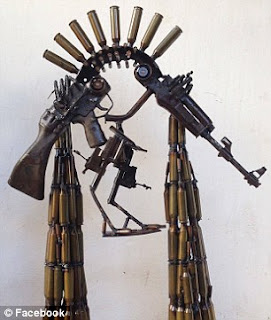