From Art of Football, young masters emerge in Lagos

By Tajudeen Sowole
In consolidating its position as the oldest yearly art event in the country, African Art Resource Centre (AARC)’s Experience Nigeria Art Show recently gave three prizes to artists and three awards to others. 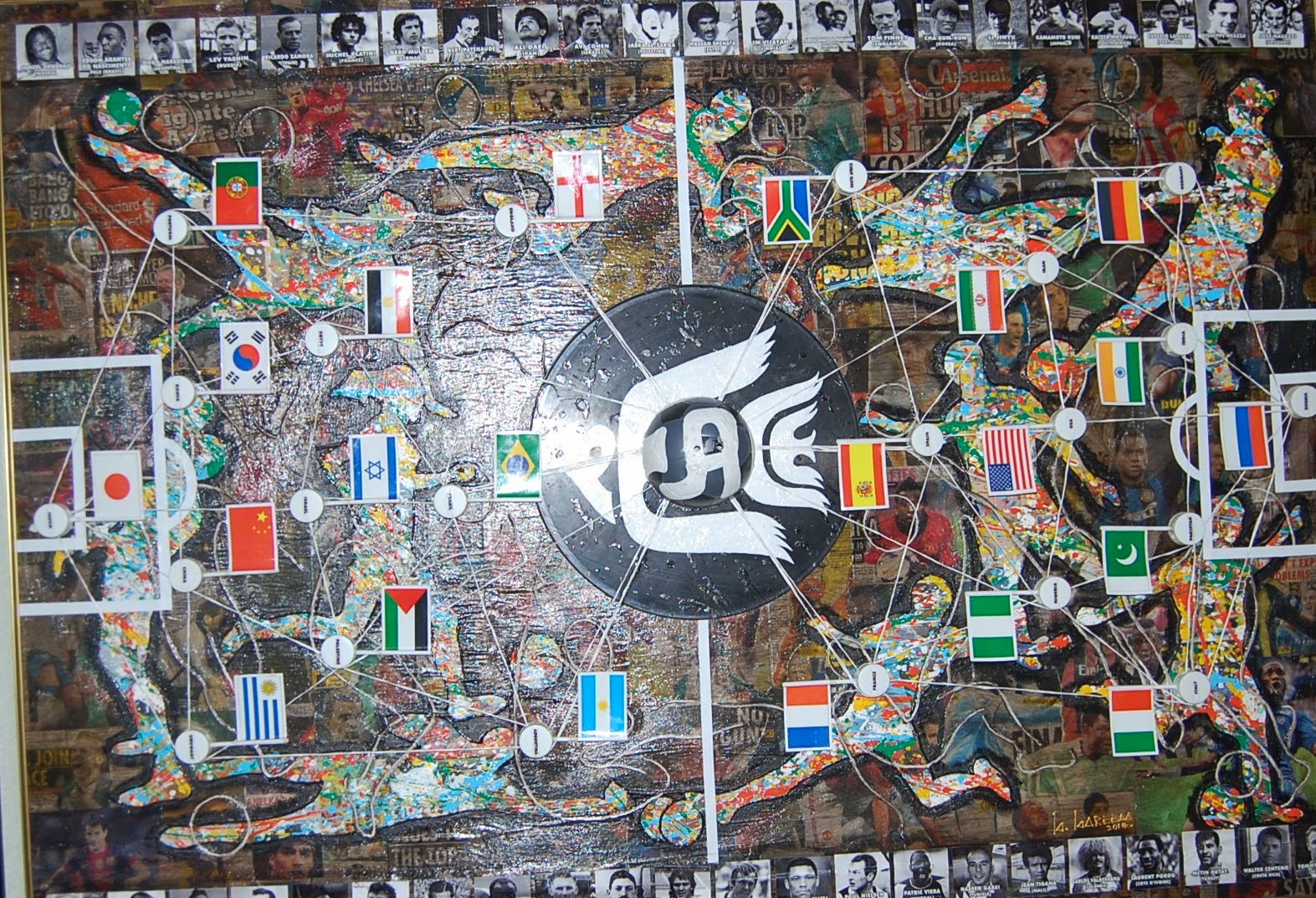 The 2014 edition held at Terra Kulture, Victoria Island, Lagos had Experience Nigeria Art Competition, which was themed Art of Football gave the First Prize to Kareem Samson for his work Enmity Eradicator under the Gani Odutokun Award for Excellence in Art; second Prize, Njoku Francis for a work titled Impossible is Nothing; and Third Prize Mefule Magnus.

For winning the first prize, Samson picked a cheque of N150 000; second prize winner, Francis got N100 000 and Magnus was given  N50 000. Each of the winners also got certificate of participation.

The theme of the Experience Nigeria Art Competition titled Art of Football was based on the ongoing FIFA World Cup, on which the artists, through paintings, sculptures and mixed media rendered diverse perceptions of the soccer mundial.

In the professional category of the Experience Nigeria Art Show, the Art Teacher Of The Year was the given to Mr Segun Al-Marouf of Supreme Education Foundation;
Mr Tajudeen Sowole of The Guardian Newspapers got Art Journalist Of The Year and; Sponsor Of The Year was Pillar Oil Ltd.

A highly conceptualised and spread composite in the football pitch shape, Samson’s winning work is a mixed media that collages flags of each participating country in the Brazil 2014 World Cup with figures of 11 players. Adding the the depth and aesthetics of the work are cut out portraits of known footballers across the world as borders for the landscape-shaped work. Among the pictures are Pele, Michel Platini, Rudd Gullit , George weah and Roger Miller as well as mostly stars of the 1960s and 70s.

Elsewhere, the concept of using art to highlight the FIFA World Cup 2014, coincidentally happened in the U.S. with the exhibition titled Futball, a gathering of over 30 artists at Lacma,. Among the exhibiting artists in the U.S show are Nigerian-born America portraitist Kehinde Wiley, Andy Warhol and controversial Chinese artist Ai Weiwei.

In Nigeria, the Oladele Olaopa-led Experience Nigeria Art Show has been engaging sports bringing art and sports together in the last three editions or more. The show dragged golf into the art space of Nigeria in the past four years. Among the shows were several editions held at  Ikoyi Club 1938.

Ahead of the show Olaopa stated: “In 2009, we organized an art exhibition on golf – The Art of Golf – at Ikoyi Club 1938. The highly successful event was sponsored by Nokia.
Football is the most popular sport on the planet and no less in Nigeria where it enjoys massive followership that cuts across people from all social, economic and ethnic strata.

“The is the biggest and most desired football event in the world and the Nigerian team – Super Eagles – have qualified to be a part of it, hence the choice of the theme.

“When expectations and enthusiasm are high – we intend to organize an art show of works by emerging Nigerian artists on the theme of football. This event is designed to capture all aspects of the culture of football in general and its peculiar influences in Nigeria.”

Last year it moved to Abuja, for the first time, with a show  tagged Splashes of Nigeria… Shades of things To Come held at Transcorp Hilton Hotel, FCT.