The Mask in Ogunbanwo’s lens

BY TAJUDEEN SOWOLE
Works of young Lakin Ogunbanwo, which focus conceptual imagery appears to have confirmed that photography would no longer struggle for recognition in Nigerian visual arts space.
Some of his works viewed shortly before he had his debut solo show, The Mask at Terra Kulture, Victoria Island, few days ago represent the emerging vibrancy of young Nigeria photographers.
From social to documentary and conceptual photography, young photographers have been making stronger statements that, though professionalism may still be a distance, creativity is within reach.
Ogunbanwo declares that his work is a “celebration of the mystery of the human mind and face.” The Mask, he explains, epitomises that celebration.
However, the concept of masks is better understood in some of the modelling shots such as a lady in semi silhouette, whose face is concealed by the huge headdress. Similarly, is the capture such as a twin composite of men in identical wears and the supposedly masks, depicted in balloons. It could have been an image process in photo shop or any other post-shot digital effect, but it, indeed, strengthens the artist’s concept of The Mask.
In a thumbnail he titles Layout, comes an animating process as four shots of the male model takes off from a point of bare face through the journey of gradual masking encounter with the dark, perhaps, unavoidable blacking out of the face.
Ogunbawo states that “the idea is that we are all one irrespective of individuality,”
Conceptuality also comes in the contrasts of his model with the natural light, particularly in most of his outdoor shots.
Exploiting the female flesh is one area most photographers would not resist, even though conceptual photography’s creativity has no link with indecent exposure.  Ogunbanwo is also caught in this web as some of the images represents the nude side of modelling photography.
However, the artist often expresses great ideas devoid of nudity. With the work he titles Pink, for example, exposing more flesh would have been unnecessary in a composition of a female model covering her face with bush of hair as the pink lips and background sandwiches the ebony skin.
Photography was not a first choice for Ogunbawo, who has been described as ‘a versatile artist with an eye for colour.’
He studied International Law and Diplomacy at Babcock University, Ogun State, but because he was “keen to explore my passion, I enrolled at the prestigious Speos Paris Photographic Institute in 2009 to study Photography.” 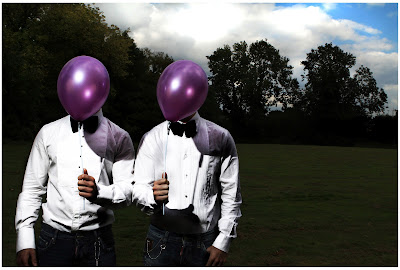 Indeed, it’s common these days for young Nigerians to take career in the creative industry after academic qualification in other disciplines. However, profesionalising in these second choice of career, has always been an issue as some of them are hardly integrate into the mainstream practice. For Ogunbanwo, exposure abroad seems to have been an asset. “After years of studying in France and England, I have mastered my unique approach to photography, a meticulous approach which is evident in my work, particularly with focus in creating iconic visuals.”
And having been exposed to quite a number of modeling photography, he has also brought a touch of sexuality into his concept and images. “Like many of my contemporaries, I draw inspiration from both female and male figures, from which I find meanings to life.”
In photography, he sees himself as “an ambassador for the arts; willing to work with other creative-driven people, irrespective of tribe, sex and religion.”
at February 04, 2012