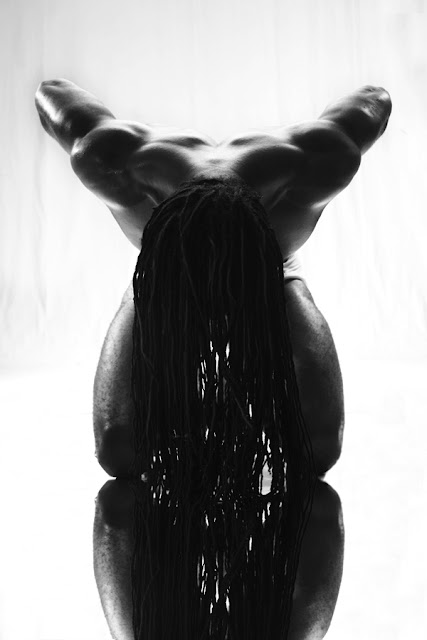 Stride in her lens
BY TAJUDEEN SOWOLE
Sunday, 10 July 2011 00:00
YETUNDE Ayeni-Babaeko, in the last few years, has used the lens to bridge gender barriers.
As an independent ad and modeling photographer whose work has featured in several shows in Lagos, Ayeni-Babaeko is worried that women are being left out in the growing visual arts profession.
Male dominance is not peculiar to the creative industry, so many agree, but the gender gap in the visual art section, Ayeni-Babaeko states, is wider compared to other professions.

This may have initiated the great anxiety among female artists on how to bridge this gap. For Ayeni-Babaeko, it goes beyond grumbling; “something must be done.”
Recently, the lady shared her over six years experience in the profession with 12 female photography enthusiasts at the Goethe Institut, Lagos City Hall.
Held in June, the four weeks event had professionals such as Kelechi Amadi-Obi, Lolade Cameron Cole and Leke Adenuga as resource persons.
“ We have come together to improve our networking and, of course, teach ourselves.”
The gathering, she informs, was more of an interactive session, because most of the participants were self-taught. They are not really beginners as they came with their equipment. But photography goes beyond gadgets, hence the next level.”
Some of the works produced at the show by these self-made lens’ women and viewed on soft copies showed quite a lot of conceptual ability.
In Kikelomo Koleosho’s monochrome of half-veiled face, for example, the dynamics of the lens is emphatic as the images raise curiosity.
Practically showing the younger photographers what she does in her area of focus — modeling photography— Ayeni-Babaeko explores the silhouette technique.
Though in black and white, the posture of the model, enhanced by the creative lighting, brings out the features of the muscles aside from also making a case for conceptuality.
These and others make the body of work for a group of the participants titled The X-Perspective and scheduled to open at the same venue on July 16. Amadi-Obi, Cameron-Cole and Adenuga will feature in the show.
The gathering, she notes, afforded participants the much-needed platform for the female photographers to form a networking group.
“What I wanted was to show them the happenings in photography, but now as a group, they are already strong,” she says.

WITH waning opportunity for younger artists to have their works and get the necessary exposure, these ladies must be fortunate to be showing with professionals. Even, Ayeni-Babaeko, who studied photography in Germany, did not have such an early break.
“I know because it took me years before I could stage my first exhibition. I want them to know that if they stick together, they will move faster.”
And in an era of image revolution where technology is fast reducing the photographer’s ability to be conceptual and imaginative, she notes that most young photo enthusiasts shoot in jpeg.
“But professional photographers always shoot in raw format.” She, however, assures that after the workshop, “they will never go back to jpeg.”
Ayeni-Babaeko was part of A Perspective on Contemporary Nigerian Photography, the largest gathering of Nigerian photographers in recent time. The show, which featured 20 artists, held at the Omenka Gallery, Lagos Island, in 2009.
From 2000 to 2003, she learnt photography at Studio Be in Greven, Germany. She majored in Advertising Photography and worked for a year before returning to Nigeria.
She currently runs an independent advertising photography studio, Camara Studio in Lagos.
at September 09, 2011