AS the new media space provides more freedom for everyone to publish their story, gossip journalism may be heading towards extinction. Most vulnerable are celebrity reporting desks of established news media organisations in Africa.

In a continent such as Africa where reading culture in pre-digital age was just picking up, the coming of new and social media has truncted the growth of traditional form of publications. By extension, the fragility of the traditional news medium to survive against the digital age is increasingly glaring.

Yes, the traditional and established media organisations have all gone digital too, no doubt, but generally, conventional news reporting, across genres, are currently facing the digital challenge in Africa. And with nearly every celebrity, across professions, using their social media handles extensively, there is little or no news to break anymore by established media organisations. More vulnerable against the race of survival in the self-reporting age are gossip news media.

In the last decade of the 20th century, Nigerian actors and musicians such as Jide Kosoko, Yinka Quadri, Hilda Dokubo, Ndidi Obi, Olu Jacobs, Liz Benson, Shina Peters, K1 de Ultimate, Idowu Philips, Abass Obesere, TuFace Idibia, Tony Tetuila, Salawa Abeni, among others were, constantly bathed in gossip reporting via the established media. Unlike the current generation of creative stars, the 1990s-early 2000s did not have the opportunity of self-reporting via new media. Some of the mentioned celebrities and others not listed, however, faded with the old media as digital age set in.

Live social media posting with extensive loading of pictures by new generation celebrities and ordinary citizens alike have made self-reporting a regular passion. If, for examples, the like of Ronaldo, Kanye West, Beyoncé, Barrack Obama, and Kim Kadashian, among other European and American celebrities, each, boasts of over 1 billion or hundreds of millions of followers on social media, their counterparts in Africa are not doing so badly in that area. Perhaps, leading in Africa's social media (Instagram) followership race is Nigerian musician, Davido (David Adedeji Adeleke), 27, with 16 million. His fellow Nigerians in the social media ranking race include Tiwa Savage, 40, (10.6m); WizKid (Ayodeji Ibrahim Balogun) 30, 10.1m; Olamide, 30, 6.8m; Burna Boy (Damini Ebunoluwa Ogulu Rex), 29, 5.1m; and Runtown (Douglas Jack Agu), 30, 2.3m.

As numerical strength in digital space becomes increasingly competitive in getting people's attention, each of the mentioned celebs above has followers that surpass some established news media organisations. And whenever each of these celebrities break their own story, the followers, fans and others alike respond, generating comments in hundreds of thousands in numerical strength. The reality is on the rise that the established news media across the world can't compete with some individual celebs in social media followerhip race. In fact, it appears that the digital migration is leaning more towards the social media; young generation news followers are more addicted to social media handles than the aging population of readers who still stick to the myth of old established news medium.

Interestingly, most traditional news medium, in the past seven to ten years, have started taking their sources from the social media. Whatever anyone thinks of American President, Donald J. Trump's unprecedented and unpresidential behavioural mode, he goes down in history as a statesman who, extensively, brought social media into acceptance in officialdom. When the news medium goes out with their reports — either from a celebrity's social media handle or taken from responses of the followers — nothing new from what has been read already via social media. Africa has caught the bug too as social media handles have become  tools of exigency in corporate and governance communication.

In the widely reported legal battle of GTBank Vs Innoson comes a case study in effective corporate application of social media. After one of the judgements delivered by the court, in early 2019, Innoson was the first to rush to the public, via its Twitter handle, from which the established publications picked their source of reporting. Interestingly, the version of Innoson about the judgement was later disputed by GTBank via a press release, few hours after the former had swayed the public to its side of the story. Clearly, the rapidity of social media in reaching the public outpaces that of a traditional press release in corporate approach to disseminate same information. 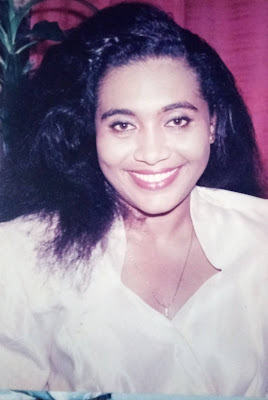 About 15-20 years ago, celebrity medium such as Lagos, Nigeria-based FAME, Encomium, City People magazines, among others, which were iconic in the 1990s struggled to remain in circulation. Even in digital form, few of them that were still in cirulation, tried to keep to their traditional gossip reporting. Currently, two of the top medium, Encomium and City People magazines have dropped their gossip contents and shifted to publishing mostly fashion stories, in both digital and prints.

The digital gap in gossip reporting in Africa's largest market, Nigeria, was filled by two online pioneers, Bella Naija and Linda Ikeji Blog from the early years of the 21st century. As the blogs became more popular, responses on comments space of Linda Ikeji, for example, used to run into six figures. To confirm the effect of celebrities' self-reporting on gossip journalism, even digital medium like Bella Naija and Linda Ikeji, now have changes in their 'Comments' spaces.   In fact comments on these two blogs have dropped significantly low to four digits. Sometimes, the number of comments are now less than 50. It appears that the bulk of the followers of Bella Naija and Linda Ikeji's Blog, which kept the bloggers strong about 10 years ago, have migrated to social media handles. Reason: celebrities, across the creative genres, social and political class have been using their handles for self-reporting and getting direct feedback from the fans.

Increasingly, there is less news of celebrities to break by the established media industry and online gossip bloggers as top show biz personalities, sports professionals, even politicians are reporting their own stories via social media handles. Even when a story is of negative contents, some celebrities do self-breaking and allow huge followers to respond.

In the 21st century media contents, 'Breaking News' is becoming relative, across all human endavours. For example, states, organisations, notable individuals and groups make announcement via social and new media generating responds from followers. Next, a news media picks the announcement and goes to press with 'Breaking News' tag. What exactly is 'news' in the information that's already known by thousands of people via social media?