It’s a cultural archaeology of the history and aesthetic practices of Dilijan, Armenia, culminating in a two day public event. 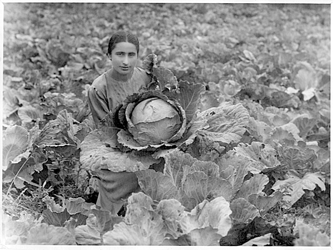 IDeA (Initiatives for Development of Armenia) Foundation and Dilijan Development Foundation (DDF) announce the launch of the Dilijan Arts Observatory, an experimental interdisciplinary think tank, which aims to develop new models for art practice and higher education in Dilijan. The first major international art event in Armenia organised by the Dilijan Art Initiative, the Observatory will bring together an international group of artists, cultural historians and environmental scientists to Armenia from 22 August – 11 September 2016.

Dilijan Art Initiative is a complex project that seeks to promote Dilijan and Armenian culture internationally, providing support for the presentation of work by artists from the Armenian diaspora in the world’s leading exhibitions and major cultural events. Dilijan Art Initiative supported Armenity/Hayoutioun; the National Pavilion of the Republic of Armenia at the 56th Venice Biennale, which was awarded the Golden Lion, the highest possible honour for a national pavilion, and the Armenian programme at the 14th Istanbul Biennial devoted to the research of Armenian history and trauma in contemporary Turkey.

Dilijan Arts Observatory, which is a part of the Dilijan Art Initiative project, is supported by philanthropists Ruben Vardanyan and Veronika Zonabend, Founders of the United World College Dilijan, RVVZ and IDeA charitable foundations, and Co-Founders of DDF, as well as another DDF Co-Founder Gagik Adibekyan who is also the Founder of Adibekyan Family Foundation for Advancement.


The Dilijan Arts Observatory has been devised by international curator and anthropologist Clémentine Deliss, and will bring together a group of historians and practitioners to undertake fieldwork in the town, working closely with its citizens and identifying local wisdom or folkways. The event will take place in the ancient spa town and mountain retreat of Dilijan, which once hosted composers Dmitri Shostakovich and Benjamin Britten, among other famous people.

Fieldwork activities will include investigating style, crafts, graphics; music, composition and astronomy; Soviet architecture and design; culinary knowledge; wilderness,botanyand future products for survival. The Observatory will take place in Dilijan and neighbouring villages, adopting the former Soviet Impuls electronics factory in Dilijan as its headquarters. A classic example of Soviet industrial architecture, 4000 employees once worked in the Impuls Factory under the order of the Soviet Defence Ministry, before it was privatised.

On 10th and 11th September 2016, a two-day public event will be held in Dilijan, presenting the results with a series of events, including an all-night symphony, culinary festivities, performances and exhibitions, as well as an international round-table debate on a future academy for art and life practices.