Currently showing at the British Library in London till February 2016, it’s an exhibition of literature and music from the African empires of the Middle Ages to the cultural dynamism of modern and contemporary West African. 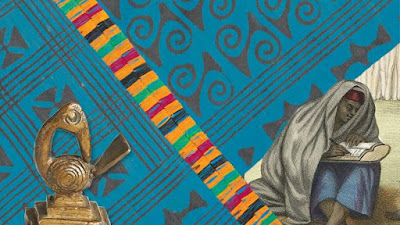 
Hear the myth of the founding of ancient Mali in recorded performance. See the influence of religion through colourful fabric and the saddlebag Qur’an. Celebrate writers and artists including Africa’s first Nobel prize winner, Wole Soyinka, and internationally acclaimed musician and human rights activist Fela Kuti.
at October 18, 2015