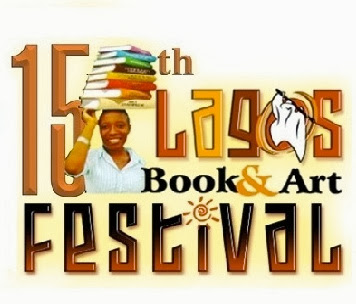 At the 2013 Lagos Arts and Book Festival (LABAF), holding on Friday, November 15, leading gallery owners, curators and collectors discuss the rise and rise of the Lagos art scene over the past few decades.

The forum focuses the emerging galleries and trends and the possibilities for future growth. Books to be referenced include Contemporary Nigerian art in Lagos private collections, (edited by Jess Castellote), Artists of Nigeria by  Onyema Offoedu-Okeke, and Ben Enwonwu: The Making of an African Modernist, by Sylvester Ogbechie.

The event is moderated by Jude Anogwih, an international multimedia Artist,  Curator and Art critic currently affliated to the Centre for Contemprary arts, CCA, Lagos.

Also, the official opening of an art exhibition, No Fly List holds immediately after the forum at Kongi Hall 2.

No Fly list is curated by Nkechi Nwosu-Igbo of
The Edge Studio. It's a group exhibition that considers Lagos State as a snob. The term No Fly List is borrowed from the same name term that is an authentic list conceived and managed by the Terrorist Screening Centre (TSC) of the United States government. This list has names of people who cannot travel in or out of the United States by air.
A few months ago, the Governor of Lagos State authorized the rounding up and ‘deportation’ of some Nigerians supposedly living on the streets of Lagos. All these people were dumped at Onitsha, a town in Eastern Nigeria. The outrage that followed this action was huge and the scandal shook the nation. The Governor has since apologized to the Igbo people for this.

Conveying the varied thought-provoking practices of some of the inspiring and confrontational artists working in Nigeria – Jelili Atiku, Nkechi Nwosu-Igbo, Fidelis Odogwu, Aderemi Adegbite, Diseye Tantua, Aisha Dapchi, Jumoke Verissimo – the exhibition inspects the approach of each artist in documenting the controversies and excitement of living in Lagos at a time of alleged discrimination and injustice. These artists have offered a body of work where different forms like Installation, video, spoken word, photography, performance art, and music are used to describe the political, communal and emotional effects of living and surviving in beautiful Lagos. No Fly List mentions the scandal, the included, and also the pain of the excluded.

Other events of LABAF include STILL OLD AND NEW
(Produced in association with VASON)
Venue: Cell Block 1, Freedom Park

Arts writer/critic, poet, culture activist, a founding member of the Arts Writers Organisation of Nigeria, AWON, and a member of the Committee for Relevant Art, Uche Nwosu’s latest exhibition titled Old and New was held in October at a show curated by the Visual Arts Society of Nigeria (VASON) at Freedom Park, Broad Street, Lagos Island.
Some of the works from that exhibition will be shown at LABAF 2013 as an extension of the exhibition and in celebration of the artist’s tenacity and creative vision. Nwosu suffered a stroke eight years ago which left one side of his body paralyzed. The artist had to learn to
paint with his left hand as part of his efforts at overcoming the unfortunate incident. The old and new works juxtaposed in the exhibition provide evidence on how his art continues to endure and in fact matures in the face of such a monumental challenge. His art has shown a consistent preoccupation with surrealism over the years, emphasizing symbolism as a preferred tool for commentary. His color pallet is daring, sometimes unsettling but often thought provoking.
Uche Nwosu specializes in Painting. Since graduation, (he studied Fine and Applied Arts at the University of Nigeria, Nsukka, (UNN) between 1986 and 1991) he has participated in local and international exhibitions, including a solo exhibition at Nigeria’s National Museum (Fleeting Essence 1996), Lagos and another at Goethe Institut Lagos (Together but Separate -2003). National Gallery of Art (Shadows, Mountain and Valley 2011).He made his debut solo in 1996 with Fleeting Essence, an exhibition of Paintings, Charcoal Drawings and Photographs at National Museum, Onikan, Lagos.  Some of his past group shows include: Some Works, at the Lekki Restaurant Gallery, Chevron Complex, Lagos;  Best Art,” National Gallery of Modern Art, Theatre National, 1996; Lagos.
Lagos in Pictures
Venue: Cell Block 1, Freedom Park

A broad selection of photographs showing Lagos as it evolved over the past decades will be shown during the festival. Works on display will include archival works from the collections of Edward Keazor, Dr. Raphael James of the Centre for Research, Information Management and Media Development (CRIMMD).