First awarded in 2000 to Sudanese, Leila Aboulela for her short story 'The Museum,' The Caine Prize for African Writing, has, however recorded more Nigerian recipients than any country on the continent.


Named after the late Sir Michael Harris Caine (June 17 1927–March 20 1999) who was Chairman of Booker prize management for 25 years, it awards £10,000 yearly for the recepient. Dominating the winners' list of the 20-year-old Caine Prize for African Writing, perhaps, has nothing to do with Nigeria being the most populous black nation on earth. The Nigerian winners have asserted the fact that their country of origin, naturally, has inexhaustible literary talents.

This much has been established by older generation of Nigerian authors as the country produced two of Africa's most revered authors, Prof Wole Soyinka and Prof Chinua Achebe. Soyinka won the Nobel Prize for Literature in 1986 and emerged as the first black person to pick the world's most revered prestigious literary award. Achebe's  works, particularly, Things Fall Apart has been adjudged as one of the most important literature books in the world.

Also, Ben Okri, 'The 'Famished Road' (1991) and Bernardine Anne Mobolaji Evaristo, 'Girl, Woman, Other' (2019), each won Booker Prize. The Booker Prize, formerly Man Booker is the leading literary award for English speaking countries. It is awarded yearly to the best novel written in English and published in the UK or Ireland.

For Okojie's ‘Grace Jones’ from "Nudibranch", published by Dialogue Books (2019),
it tells the story of 13-year-old Sidra, whose life is consumed with guilt. Losing her entire family to a fire that destroys their flat, years later, Sidra finds herself working as an impersonator of the famous Jamaican singer, model and actress Grace Jones.

Irrespective of where a winner is based, the Caine Prize recognises the African country of origin. However, the fact is loud as the diaspora seems to dominate the winners' list, perhaps creating an erroneous perception that the best of African authors are are based outside the continent.

“This year’s winner of the AKO Caine Prize for African Writing is a radical story that plays with logic, time and place; it defies convention, as it unfolds a narrative that is multi-layered and multi-dimensional," stated the Chair of the AKO Caine Prize panel, Kenneth Olumuyiwa Tharp CBE. "It is risky, dazzling, imaginative and bold; it is intense and full of stunning prose; it’s also a story that reflects African consciousness in the way it so seamlessly shifts dimensions, and it’s a story that demonstrates extraordinary imagination. Most of all, it is world-class fiction from an African writer." 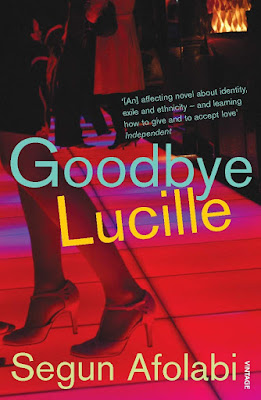 Okojie was born in Nigeria and moved to England when she was eight. She attended Gresham’s Boarding School in Holt, Norfolk for several years before becoming a pupil at St Angela's Convent School in East London. In her early teens, she attended Stamford Boarding School for girls in Stamford, Lincolnshire for a brief period then returned to London to finish her secondary education. She studied Communications and Visual Culture at London Metropolitan University.

Habila was born in Nigeria, where he studied English Language and Literature at the University of Jos, Plateau State. Habila's first novel titled 'Waiting for An Angel,' published in 2002. won the Commonwealth Writers’ Prize Best First Book (Africa Region). The Caine Prize he won in 2001 would also open up his career as he got a window to be the first African Writing Fellow at the University of East Anglia, U.K. He became a Chevening Scholar, and also got his PhD, a process he achieved from 2002-2007. In 2005, he also became the first Chinua Achebe Fellow at Bard College, New York.

Segun Afolabi, the 2005 Caine Prize winner had his first novel, 'Goodbye Lucille,' published in April 2007 and won the Authors' Club First Novel Award. Born in Kaduna, Nigeria, in 1966, his widely travel experience as the son of a diplomat must have inspired his works.

Osondu was born in Nigeria, where he worked as an advertising copywriter for many years. In 2008, he was a fellow at Syracuse University, New York, in creative writing. In 2010, he became an assistant professor of English at Providence College, teaching courses in Creative Writing, Introduction to Literature, and the Development of Western Civilization.

After being a finalist with 'Jimmy Carter's Eyes' in 2007,
Osondu returned to win Caine Prize with his 'Waiting' 2009. Osondu had previously won the Allen and Nirelle Galso Prize for Fiction. Also, his story 'A Letter from Home' was judged as one of "The Top Ten Stories on the Internet" in 2006.

His work has been published in Agni, Guernica, Vice, Fiction, and The Atlantic. His debut collection of short stories, Voice of America, was published in 2010.

Babatunde, in April 2014, was named in the Hay Festival's Africa39 project as one of talented 39 Sub-Saharan African writers under the age of 40.

His published works include 'Little Drops,' 'A Volcano of Voices' and 'Die Aussenseite des Elementes.' Babatunde's plays have been presented at London’s Institute of Contemporary Arts, the Swedish National Touring Theatre and the Halcyon Theatre, Chicago, as well as being broadcast on the BBC World Service.

Babatunde won the Meridian Tragic Love Story Competition, organized by the BBC World Service. He is also a winner of the Nigeria-based AWF Cyprian Ekwensi Prize for Short Stories.

His short story "The Collected Tricks of Houdini" was longlisted for the 2015 Sunday Times EFG Private Bank Short Story Award, the richest prize in the world for a single short story.

Based in Washington, DC, Folarin was again shortlisted  in 2013 after he won the 2016 Caine Prize edition. He was also named in the Africa39 list of the most promising African writers under 40.

Folarin was educated at Morehouse College and the University of Oxford, where he earned two Masters degrees as a Rhodes Scholar. He is the author of A Particular Kind of Black Man.

Nneka Arimah was born in the UK and grew up in Nigeria. She has been a finalist for a National Magazine Award, African Commonwealth Short Story Prize and Henry Award, among others.

She was selected for the 'National Book Foundation's 5 Under 35' and her debut collection 'What It Means When a Man Falls from the Sky' won the 2017 Kirkus Prize.