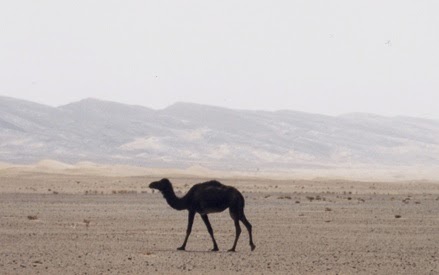 Reports say archaeologists in Israel have applied radiocarbon dating process challenge the claims of Bible on the origin of domestic camels in the Middle East.
Erez Ben-Yosef and Lidar Sapir-Hen of Tel Aviv University's Department of Archaeology and Near Eastern Cultures argue that camels were not domesticated in Israel until centuries after the period written in the Bible.


"By analyzing archaeological evidence from the copper production sites of the Aravah Valley, we were able to estimate the date of this event in terms of decades rather than centuries," Fox News quotes a press release announcing the research. MORE.
at February 08, 2014